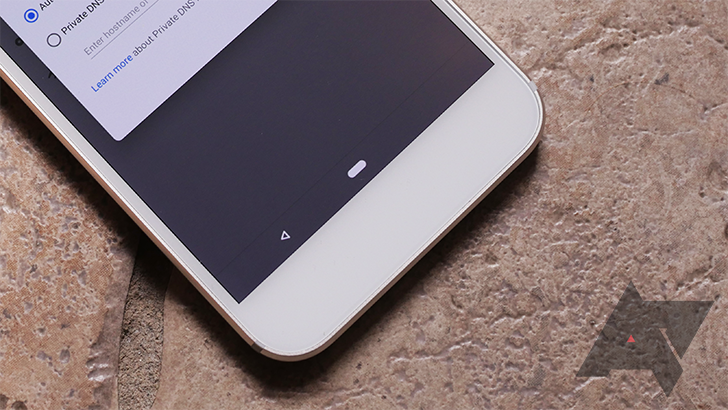 Android 9 Pie is here and unfortunately, its here to stay if you have updated your phone.

Pie is Google’s venture in the world of gestures, very much like its iOS counterpart. Now I don’t mind gestures. Gestures are great. Gestures make things more interesting, as compared to boring plain old buttons. However, this is Google and Android we are talking about here. Android 9 is not just gesture based, it throws one thing after another at you until you are exhausted and crave for the simplicity of plain old buttons.

To put in perspective what I mean, here is how The Verge describes Pie’s gestures:

“You swipe up once to get to an overview pane. The Overview pane (aka your recently used apps) lets you swipe between apps or enable split screen with a hidden menu on the app’s icon. On Pixel phones, you’ll also get an AI-driven list of suggested apps and a search bar. Swipe up again, and you’ll get to the app drawer with icons for all of your apps. You tap the home button to go home, or you can drag the home button to the right to quickly switch between apps in a screen that’s similar, but not identical, to the Overview screen. Along with all of this, the traditional Android back button will still show up from time to time next to the home button because Google hasn’t yet developed a gesture for “back."”

As I said before, I have nothing against gestures. iOS does a seamless job between gestures and transitions. It actually manages to make things easier. As compared to that, transitions in Android feels chunkier and slower. That feeling of smoothness is missing from Pie.

For some reason, someone at Google’s headquarters whispered in designer’s ears that they should make finding most basic functions as difficult to find as possible. Pie is waging a war against visibility, and it is winning. For example, try changing the camera settings. If you need to watch a YouTube tutorial to figure out how to change your camera settings, then something is clearly wrong. One of the greatest accomplishments by Apple is how easy it is to navigate through iPhone. Now this is not one of those Apple VS Android articles, but let’s be realistic here. Apple is the first thing that Android get compared to, and right now, Apple is winning.

Android 9 Pie reminds me of the cloud storage platform developed on sitcom “Silicon Valley”. Even though the platform was praised by the people of the industry, it failed miserably because people just couldn’t figure out on how to use it. Considering it was Google’s first step in the field of gestures, these hiccups are bearable. However, if Android wants to compete with iOS, it needs to learn how to make things easier for its users and start appreciating simplicity over complexity.

Apple Card – To an elegant way to Finance