By Esha Obaid in Interface Design

It looks like that ‘Tis the season to change as Gmail has updated its mobile application. Previously Gmail web updated to ‘Material Theme’ in last April and now recently Google unveiled their new Gmail app interface for its mobile users. This is what Google says about their new update;

“Today, we are kicking off the new year with a new look for Gmail on the mobile, too. As part of the new design, you can quickly view attachments, like photos without opening or scrolling through the conversation. It’s also easier to switch between personal and work accounts, so you can access all of your emails without breaking a sweat. And just like on the web, you’ll get a big, red warning to alert you when something looks phish-y.”

Basically Google is trying synchronize the designs and features of Gmail application across both platforms i-e Android and iOS.

This new version of application is much similar to web interface. Interestingly this interface has a ‘nudge’ reminders which will help you to get back to someone if you haven’t replied to their message. Similar to web interface this new app will also show attachments with each email without even opening that email. Though it is said that this new version also offers easier switching between mobile apps but honestly I don’t think that the previous mechanism was difficult. The new version also enables you to switch on phishing alerts and promises a good account safety. 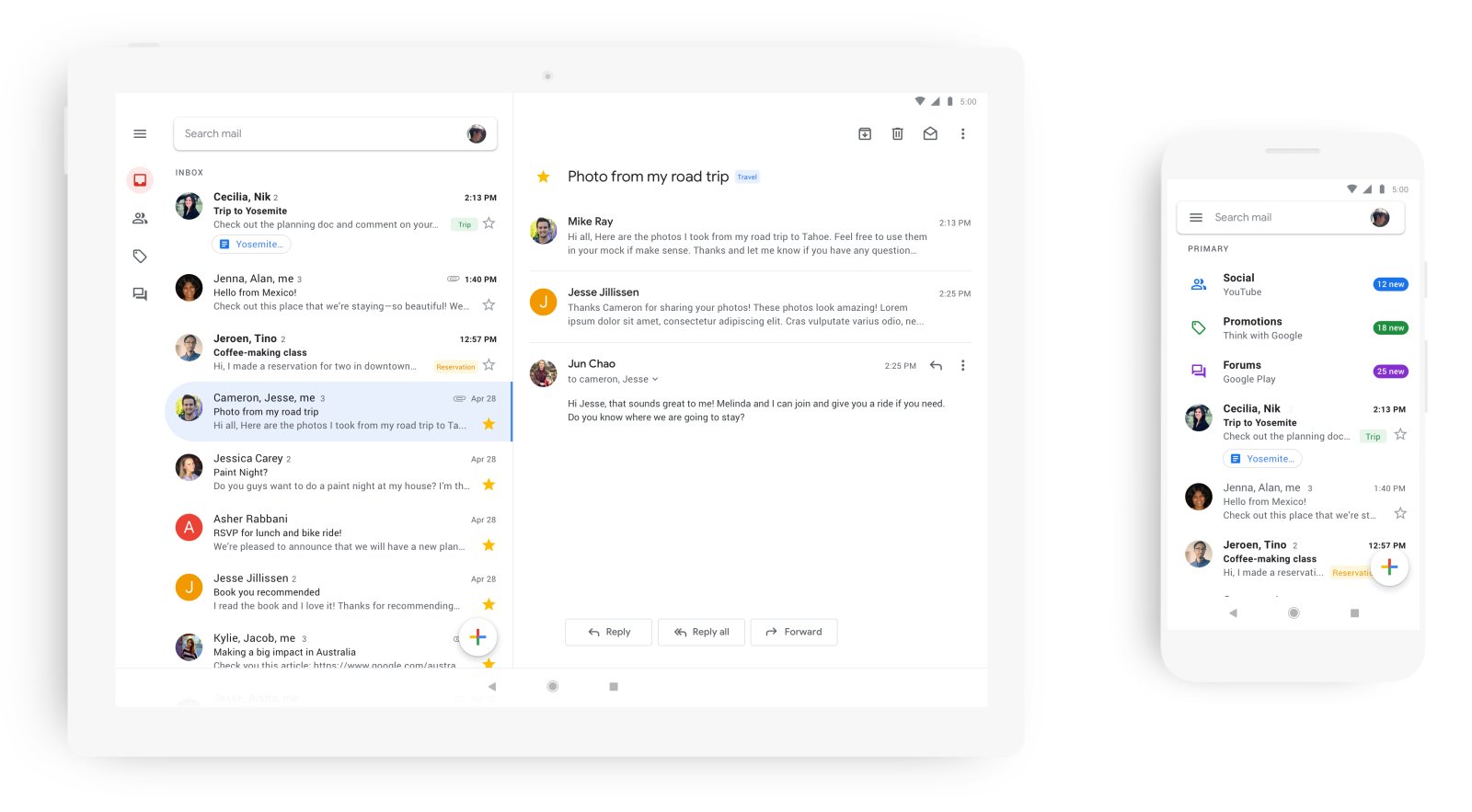 The overall look is white and lines of different colors are used to separate sections. This version is slicker and simpler with less colors. The signature red color of Gmail is missing hence a lot of white color across mobile screens. This new version really resembles with now-shuttered Inbox app. There is Google search bar on the top unlike the previous search icon on top right corner. According to Google the purpose of this new mobile app version is not only to remove disparities between iOS and Android but it also focuses on enhancing the overall experience of email checking. 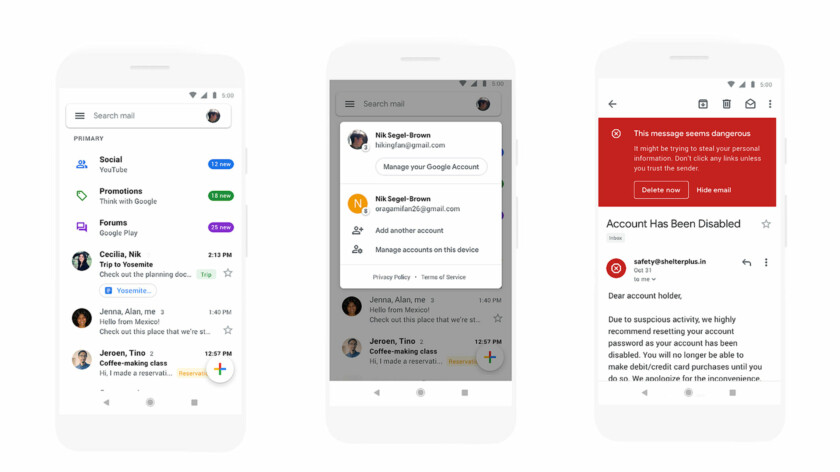 Surroundings at Work vs. Mood